Caen’s Memorial: more than one museum

June 6th 2019: 75th D- Day is the perfect moment to remember. And I give you this opportunity through Caen’s Memorial, located in this french city. Please read…enjoy and never forget.

Impossible summarize the world history of the 20th century. I know. You know. Just think about World War I, in France called “la grande guerre”; Spanish Civil War, Depression in USA and Manchuria Occupation, and continue to World War 2 and Cold War. But memory never end and we need to share and remember. At that point maybe you will be asking…Why i am talking about WAR in a TRAVEL blog? Because I am now in Caen, city in the Basse–Normandie, north of France, located 15 minutes near to the Normandy’s landing beaches or “D-Day” coast. So, following some good friends recommendations, I took courage to visite Caen’s Memorial. Shortly, my first advice is this one: before or after your holidays visit to the beaches, you should visit this Museum. This is THE place if you want to have the whole idea of many conflicts that occurred in the 20th century. See real uniforms, documents, films, furnitures, books, advertising posters and even pop culture things.

More than a “war memorial”, they propose a “peace” cultural center. And you know what? I think that they have some great “moments” to achieve that goal. First, Caen’s memorial catch our attention and introduce us to a 20th century. But more important, they seduce and surprise us with pieces of the “called” Great History mixed with “stories” of the people. People like you and me. Beside that point, i thought that I knew a LOT about World War 1 and 2; I already read philosophers like Primo Levi or Hannah Arendt; I saw several films and documentary films about those conflicts; listening music from classic jazz to german lieds, saw the Robert Capa D-Day photographs … well. You get my point, i guess. But then, in this Memorial, i discover once again, that war/peace relation (if I can say), never end.

Never ending story
Sometimes some undiscovered documents appeared, nothing to related to a government decisions, just eventful or fate matters and the all History change. Some examples: Irene Nemirovska novel: French Suite was discover by her daughter in the early 21th century and published just in 2004. The identity of a young Jewish Bielorrusian partisan who was hung by german’s soldiers in 1941, was known in the Nuremberg Jugdments but then unrecognized by the soviets. Her name was Masha Bruskina. Others examples are the pictures of the Kathyn masacre and new relics of Normandy’s landings as the Mk2 rifles discovered in 2013! Fortunately or not, this Memorial can still expand and reveal new stories. Meanwhile, is a proof than sometimes books, films or social medias are not enough. I have to admit that the showroom is very classical in terms of technology, but they create good scripts and briefs.
For the record: This is not just “one” museum. Is, at the same time, a history, human rights, holocaust, social, cultural, memory, peace and war museum. All in one, all in Caen.

Now, go to the pictures!

On top: Extract from Liberty poem. Author: Paul Éluard. English: This poem was write by the french author Paul Éluard in February 1942 during the Nazi Occupation of France, and given to his wife who bravely hide and finally give to the French Resistence. They print it and dropped by parachute over the country. It became an ode to liberty for french people. 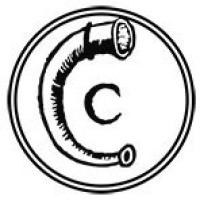